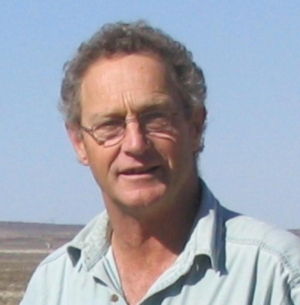 John Luscombe comes from a livestock and irrigation farming background in the Karoo. He attended school at Diocesan College in Cape Town followed by an Agricultural Economics degree at Stellenbosch University. He took over the management of the family farming business from his widowed mother in 1976.

He married Lorette Naude of Geelbek Merino background. They were privileged to receive a portion of the original Geelbek stud which formed the start of Grove Merino stud. With the assistance, guidance and sheep expertise of Phil van der Merwe this stud became very influential in South Africa, breeding sheep adapted to produce under natural conditions. This stud formed the origin and core of what subsequently became Konsortium-Merino and its member studs. John and Lorette have travelled extensively looking at farming practices in Southern Africa as well as Australia, New Zealand, France and Israel. They also continually attend courses to refresh, update and stay abreast of new farming practices.